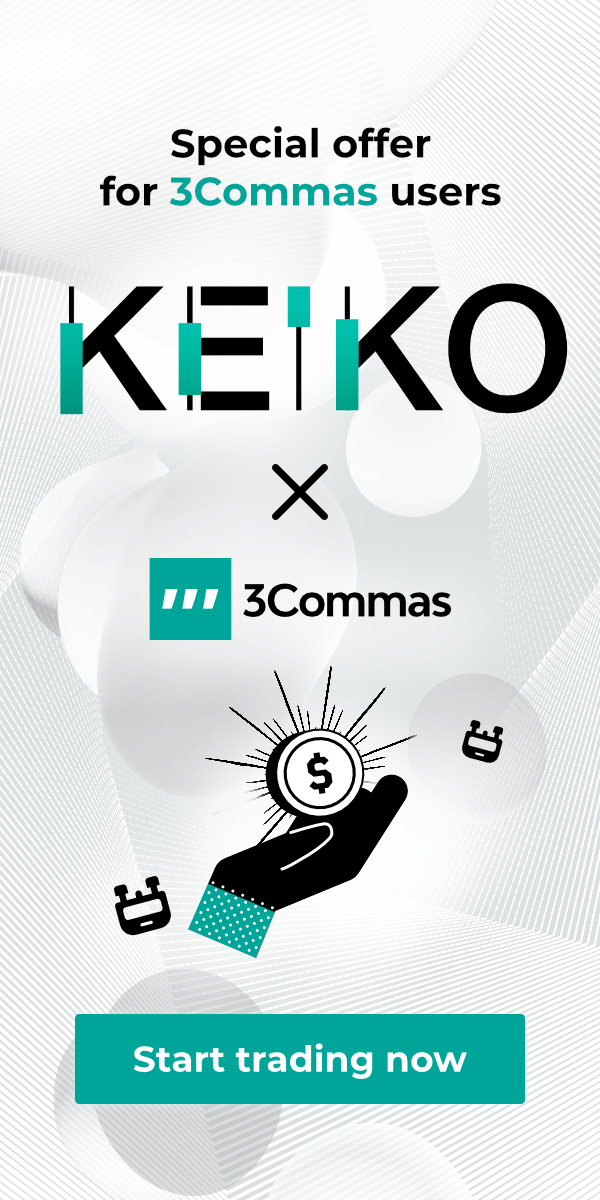 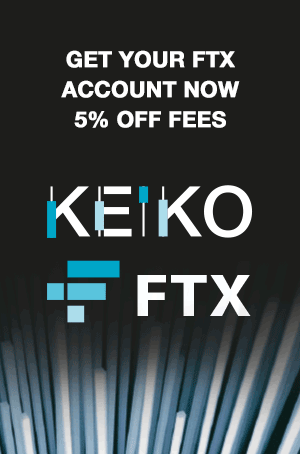 Do you have questions for Keiko?

Log in to ask Keiko questions publicly or anonymously.

I am not sure why you would delete the post, but since the link above now leads to an error 404, I thought a recap was necessary. I would hate for other community members to think that a question that was critical of Keiko was deleted by anyone at Keiko.

Quite the opposite - I took considerable time to answer.

For the benefit of others who can no longer see my original answer, in short, you claimed 3C and Keiko were scammers and to paraphrase “the signals are trash” - in particular reference to SushiBull FTX signals.

I proceeded to have some numbers pulled up and posted an image (copied below). I have not got the time to waste on reconstructing my original answer but in brief, and for the benefit of other readers;

Given the accusation made by you that 3C and Keiko are scammers, I pointed to the 3Commas Battle of the Bot Competition where Keiko FTX signals took 6 or 7 of the top 10 positions, and even if you dispute the SushiBull trades presented by me today as fabricated, the competition stats are irrefutable. Keiko did not enter the competition, but 2 or more Keiko subscribers did.

I also told you that I had deleted a message by you in which you were soliciting direct messages for your own trading system, something which is against community rules and if done again will get you banned.

I think I said something along the lines of Keiko signals will not be 100% accurate 100% of the time, and likely nor will any trading system.

Other than that I suggested that you are maybe trading too large, this based on other posts you have made and in particular, a post where you stated a single trade/signal could wipe an account and people should not use these signals (again I paraphrase). Seems that post has also been deleted by you, or perhaps I have not looked hard enough to find it.

Finally, I signed off by wishing you success in your trading, which I still do.

Why do I bother to write all of this - I suppose the accusation that Keiko and 3C are scammers and SushiBull signals are trash needs to be addressed, which it was. But your act of deleting the question/answer potentially leads others to suspect malfeasance.

I hope this sets the record straight and explains to others why there is a 404 error within the page linked to at the top of this post.

Liked by It Smells and 2 others

Not added to the website yet, so to be considered BETA.

Note:
Many of these pairs are relatively low volume and price can move substantially.
We are using simultaneous deals - if you use simultaneous deals, be aware that if the trade goes against you, potentially more trades to manage. Trailing is working great, though be aware that trailing can sometimes close as a negative if there is a sharp reversal.

Do not ADD ALL BNB pairs.
We are continually testing pairs, and often the tests result in losses.
If you ADD ALL, you will get taken into test trades and lose money.

Keiko is once again participating in the Binance Futures Tournament and offering FREE Keiko Futures Signals for the duration of the tournament.

In order that existing paid subscribers are not disadvantaged, we have asked 3Commas to extend the subscription period of all existing Keiko Futures subscribers by the same amount of time.

The tournament works with teams, and whilst you are free to join any team you like, below are the two 3Commas Teams:

Liked by TimTim and 3 others

Since nobody got the last one, the $10 rolls-over, and made this easier with the inclusion of the months.
Prize or $20 worth of KeikoCoin (redeem to USDT)

You have until 18th Aug - 11am UTC. The first person to name the pair/timeframe wins. No winner, prize rolls over. Comment below.

We are collecting data to demonstrate to 3Commas that the Marketplace subscriptions could be improved and that subscribers would like the option of extended subscriptions. Please help by completing this very short survey - it will take less than 1 minute of your time:

Liked by Moon and 5 others

Clearly I made the last one too easy, answered by @Toby within a few minutes.

So here goes - 10 USDT KeikoCoin equivalent to the first person who identifies the coin - before 10am UTC 10th Aug 2020. If no-one gets it, we will rollover the 10 USDT, so the next Chart Challenge will be worth 20 USDT, no-one gets that, 30 USDT, etc

Lots of traders successfully use our Binace Futures signals, however, the underlying concern for many, perhaps inexperienced traders, is the risk of liquidation. So our developers came up with the idea of simulating our Futures signals, but on the Binance Spot market, therefore no risk of liquidation. Synthetic USDT signals track our Futures signals and behave in a similar manner, they are however not identical to, nor a replacement for Futures. They are though profitable and a great way to build your account and USDT.

Liked by Moon and 8 others

Does anyone know the coin?

Liked by Toby and 2 others

Keiko Coin and how to earn them

This has not yet been fully established, but the general idea is to reward community contributors.

For example, we might post a question on how to best use 3Commas Grid Bots - this question will have a reward of Keiko Coins for the best answer.

Another example is to have a reward for errors spotted on the KeikoAlert website, typos, delisted coins, etc.

Over the next week or two, we will publish full guidelines, currently, we are thinking Keiko Coins exchanged to USDT is the simplest way, but please answer the poll and let us know your thoughts.

We have set up a poll, so please vote.

Liked by Stone and 5 others